I have friends on the right who suggest that the President was infected by his enemies during one of his Covid tests.
I have friends on the left who suggest that the president is faking his infection to receive more attention and sympathy from the press, as well as to avoid another debate appearance.
Politicizing a virus makes as much sense as politicizing a chocolate chip cookie recipe.
The virus has political implications, but not political intent.
Viruses are mini-microscopic. They are invisible and almost impossible to detect.
They are also difficult to study and their behavior is difficult to forecast. Conclusions based on the best research are aggravatingly ambiguous at best.
Masks, hand washing, social distancing, and other protocols are effective, but not fool-proof.
In spite of his outward bravado, the President exists in the most sterile environment possible for any world leader. But even that wasn’t enough to protect him. He was infected just as was Herman Cain, Boris Johnson, Placido Domingo, and Tom Hanks.
If he can get it, anybody can. Virology knows no political bounds.
Instead of making political statements, I’m asking my friends of both ideologies to join me in wishing and praying for a speedy recovery for the President and First Lady, and an end to this madness, hate, and divisiveness.
Posted by Joe DeShon at 10/03/2020 06:00:00 AM No comments:

What About Your Child's Art?

Many parents wonder how much of their children’s pre-school and elementary art they should keep.  My answer:  all of it.  Or, at least most of it.
Label and date everything and store them in a large secure box somewhere.  Then leave them there and let them simmer -- like a pot of good chili on a cold winter’s night.  Let them simmer in that box for about twenty years or so.
By then, your child be in graduate school or starting a career of his own.  At that time, you can take everything out of the box and go through it.
Your reaction to many of these things will be, “Why in the world did I save this?!”  Those things, you can throw away.
The few art pieces left over may be true masterpieces.  At one time, they were precariously mounted on your refrigerator door with a kitschy magnet.  But now, they are worthy of spending a couple hundred dollars on professional framing.  Display them proudly! 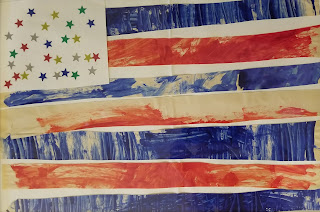 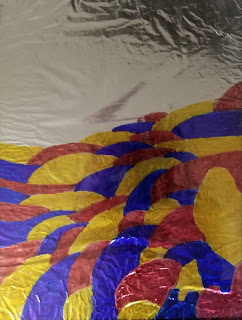 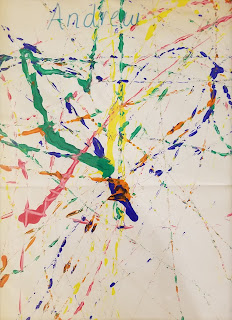 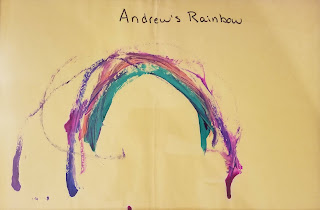